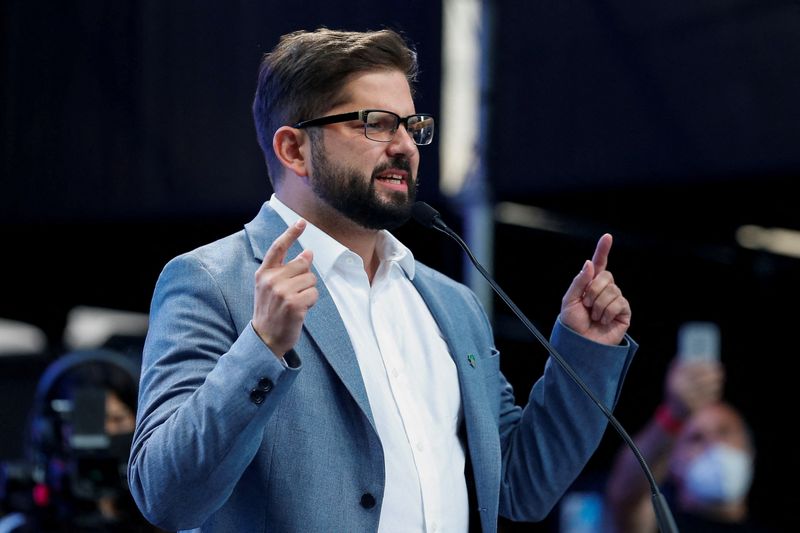 By Fabian Cambero and Natalia A. Ramos Miranda

Boric also named Izkia Siches, a prominent doctor and part of his campaign team, as the interior minister and his deputy, as well as lawmaker Marcela Hernando for the key role of mining minister, where and lithium development will be in focus.

The balanced make-up of the incoming government suggests Boric, a 35-year-old lawmaker and former student protest leader, may look to push gradual reforms rather than abrupt changes some had feared in the world’s top copper producing nation.

“Naming Mario Marcel as finance minister is a very good sign of economic stability, seen positively by markets,” said Miguel Angel Lopez, a public affairs professor at the University of Chile, adding it was a mix of coalition allies and technocrats.

“It’s all linked to a much more centrist, more pragmatic shift in terms of what Boric wants to do in his government.”

The new government, which will take office on March 11, was made up of members of parties across the political spectrum, reflecting a fragmented and diverse Congress. Women will lead more than half of the ministries.

Boric pledged during the election campaign to enact major reforms to Chile’s market-led economic model, rattling investors, though he has moderated his tone since, boosting Chile’s markets and currency.

The peso currency strengthened early on Friday to under 800 per dollar for the first time since November. A select index of Chilean equities also rose more than 2%.

Boric during the campaign pledged to “bury” Chile’s market-orientated model, which has driven growth in the South American country in recent decades but has also deepened inequality, triggering months of social protests at the end of 2019.

He has promised to reform the private pension and health systems and raise taxes to finance greater social spending.

“This Cabinet’s mission is to lay the foundations for the great reforms that we have proposed in our program,” Boric said after unveiling his ministers, adding that it would look to drive economic growth while cutting out “structural inequalities.”

“We are talking about sustainable growth accompanied by a fair redistribution of wealth,” he said.

Chile, a global front-runner in the roll-out of COVID-19 vaccines, ended last year as the world’s best-performing economy, buoyed by large state spending and several rounds of private pensions withdrawals to ease the impact of the pandemic.

Boric will, however, have to contend with signs of an overheating economy and inflation, as well as a fragmented Congress, which analysts say will force him to seek consensus with more centrist sectors.

“One of Boric’s biggest challenges will be cooling down the economy and retaining popular support,” Oxford Economics said in a report, adding that the young leader would face pressure to increase social spending while meeting tighter budget targets.