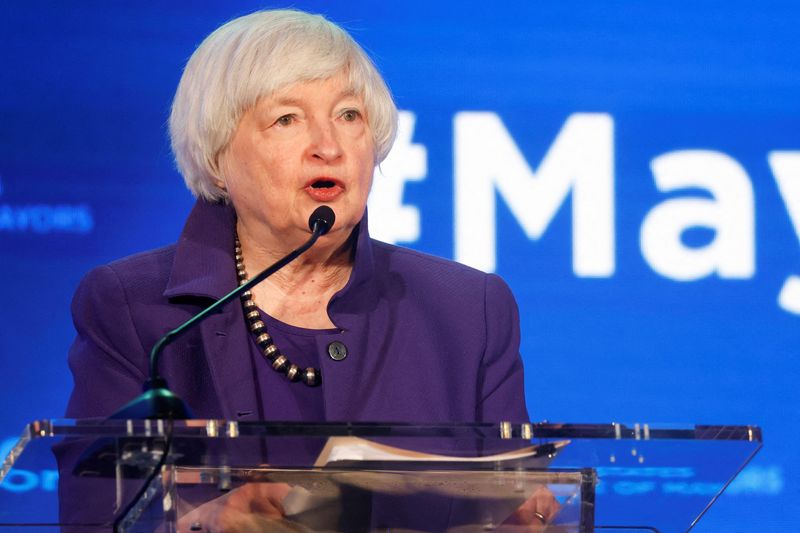 By David Lawder and Andrea Shalal

In remarks to a World Economic Forum virtual session, Yellen said she sees the new strategy as superior to the traditional definition of supply side economics championed by Republicans, which prioritized tax cuts and aggressive deregulation.

“Our new approach is far more promising than the old supply side economics, which I see as having been a failed strategy for increasing growth,” Yellen said. “Significant tax cuts on capital have not achieved their promised gains. And deregulation has a similarly poor track record in general and with respect to environmental policies — especially so with respect to curbing CO2 emissions.”

The shift in strategy and nomenclature emphasizes the administration’s efforts to expand the U.S. workforce and increase productivity, forces that could help quell inflationary pressures while supporting a stronger growth rate.

The shift comes as the Biden administration seeks to persuade Americans and moderate Democrats in Congress to support a pared-back version of its “Build Back Better” social spending and climate investment plan, which stalled in December.

The administration is trying to blunt the political fallout from high inflation last year that hit 7% amid labor, housing and goods shortages, the biggest annual increase in nearly 40 years https://www.reuters.com/world/us/us-consumer-prices-increase-strongly-december-2022-01-12, and counter claims that further spending would fuel further inflation.

“Modern supply side economics seeks to spur economic growth by both boosting labor supply and raising productivity, while reducing inequality and environmental damage,” Yellen said. “Essentially, we aren’t just focused on achieving a high topline growth number that is unsustainable — we are instead aiming for growth that is inclusive and green.”

She said potential GDP growth in the United States has been constrained by a declining workforce, while productivity growth has been hurt by underinvestment in public infrastructure and education.

Yellen said inadequate paid leave and high child care costs have kept many people out of the workforce, which could be remedied by the administration’s proposed two years of universal early childhood education and expanded child and elder care spending.