Evmos now features a dashboard that makes it easy to claim airdropped tokens and participate in protocol governance. 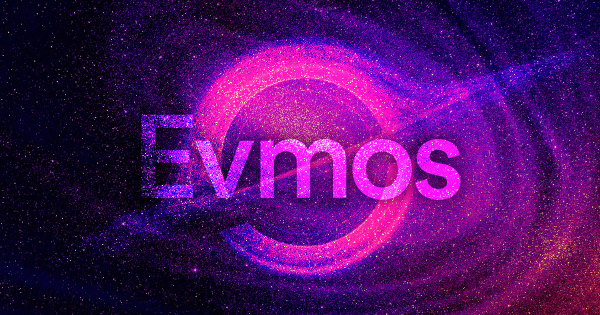 Evmos, an Ethereum Virtual Machine (EVM)-compatible blockchain, has gone live. The team behind the project, @EvmosOrg, announced this news through Twitter, simply saying:

With this launch, users will be able to run vanilla Ethereum as a Cosmos application-specific blockchain. The launch will allow developers to access all Ethereum features and benefit from Tendermint’s Proof-of-Stake (PoS) implementation.

Through Evmos, Ethereum-native developers will be able to plug into the vast Cosmos ecosystem and launch apps on-chain. The Evmos blockchain is built on the Cosmos SDK, which allows it to exchange information with the broader Cosmos ecosystem through the Inter-Blockchain Communication protocol (IBC).

Soon after Evmos went live, Nomad announced that it was the chosen partner for bridging Evmos to other EVM chains.

We’re excited for Evmos’s mainnet relaunch today and would like to congratulate the entire team on what they’ve accomplished.

Evmos has a new dashboard for claiming tokens

For the successful launch of Evmos, the project had to learn from the mistakes it made during the botched launch in March. At the time, the blockchain went live with multiple bugs that prevented users from claiming airdropped tokens.

Attempting to fix this issue, the Evmos team released an update, but it only exacerbated the matter by creating a critical security vulnerability. As a result, validators coordinated to shut down the entire chain.

We decided as a community of validators and on the core team to just take a step back and try it again once we have everything sorted out.

Over the past month, the team worked on simplifying the process of claiming tokens, which users lost during the March launch. The result is a dashboard that allows users to claim airdropped tokens. Additionally, the dashboard enables users to stake tokens and participate in protocol governance.

We implemented additional checks on the claiming process and we also introduced our recovery for all the funds that were stuck. We also have a clear guide for how to claim the tokens and how to recover tokens permanently stuck.

Huawei MateBook Laptop Series to Be Launched May 23

OPPO Pad Air to Be Released May 23