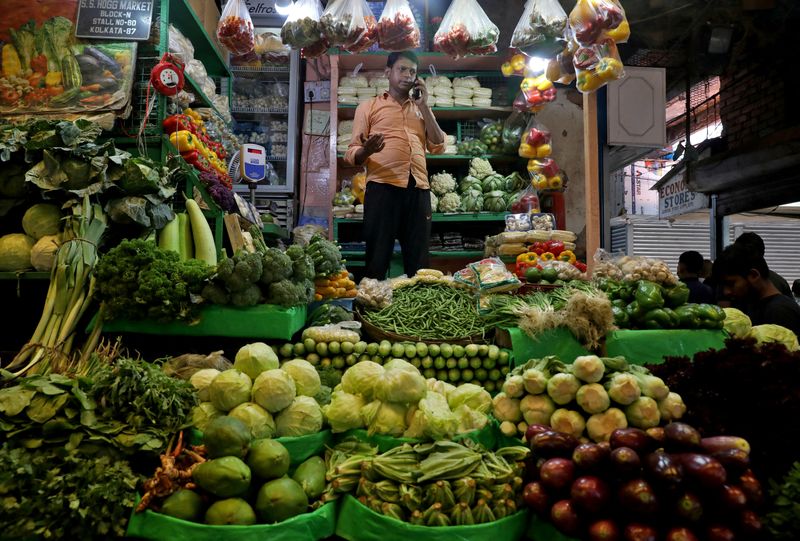 By Manoj Kumar and Aftab Ahmed

Consumer prices have increased around the world as Russia’s invasion of Ukraine pushed up and food grain price rises to record highs, prompting many central banks to raise interest rates.

Consumer price index-based inflation rose more than expected to 7.79% in April year-on-year, remaining above the Reserve Bank of India’s (RBI) tolerance band of 6% for a fourth month in a row, data released by National Statistics Office showed on Thursday.

April’s print was higher than 6.95% in the previous month and 4.23% a year ago. Analysts had forecast retail inflation at 7.5%, according to a Reuters poll.

The RBI’s monetary policy committee (MPC), which raised the key repo rate by 40 basis points to 4.40% at an unscheduled meeting earlier this month, will consider more interest rate hikes at its June meeting, a source familiar with the matter told reporters on Wednesday.

The next meeting of RBI’s MPC is scheduled for June 6-8.

Sakshi Gupta, principal economist at HDFC bank, said inflation was likely to remain above 7% over the next six or seven months.

“The RBI is likely to respond with a rate hike at the June meeting by 25-35 basis points (bps) and follow it up with further rate hikes taking the repo rate to pre-pandemic levels of 5.15%,” she said.

Rising food prices have emerged as an overriding worry for consumers – already hit hard during two years of the pandemic – as prices of edible oil and vegetables have surged amid fears of a fall in wheat output this year.

India’s annual retail headline inflation was at 8.33% in May 2014 when Prime Minister Narendra Modi took charge and promised to bring down prices.

The rise in cost of living in India has forced millions of parents to move children from private https://www.reuters.com/world/india/indias-private-school-aspiration-increasingly-out-reach-inflation-bites-2022-05-03 to state run schools, or from elite schools to cheaper ones.

Prices of food items, which make up nearly half of the consumer price index (CPI), rose 8.38% year-on-year in April, compared with 7.68% a month earlier, pushed by rise in edible oil and vegetable prices.

A near 4% rupee depreciation against dollar this year has also made imported items costlier.

India’s rupee touched a fresh record low of 77.63 against the dollar before paring some losses to end at 77.42 after central bank intervened.

Retail prices of petrol, diesel and cooking gas have gone up by 10% since mid-March, while many companies passed on hike in input costs like transport, imported raw material to consumers.

Core CPI inflation, excluding volatile food and energy prices, was estimated between 6.8% and 7.1% in April, by three economists, compared with 6.30% to 6.32% in the previous month.

“With rises in prices of food items and fuel, it is becoming increasing difficult to meet household expenses,” said Nadeem Khan, a vendor with food-delivery firm Swiggy.