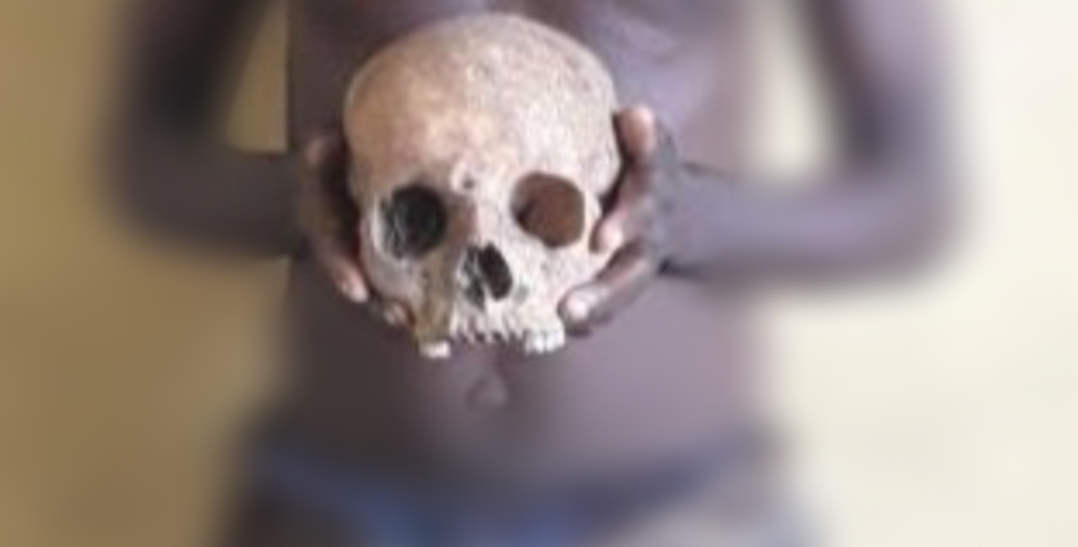 Hand holding a human skull used to illustrate this story

The police command in Edo on Thursday said it had arrested a mother of four caught with a suspected human skull.

Kontongs Bello, the command’s Public Relations Officer, said this in Benin City while briefing reporters on the activities of the command within the last two weeks.

Mr Bello also said that the command within the period arrested 16 suspects within the state for various crimes.

The mother of four caught with the suspected human skull advised other women not to get involved in selling human parts no matter the financial gains, saying it is evil.

Narrating her level of involvement in the crime, the suspect said that she bought the human skull at N8,000 from a cemetery attendant.

She said that she sold the skull to a male suspect who approached her for it at the rate of N40,000.

The suspect, who is also a divorcee and deals in traditional items, added that for a good job delivery, the male suspect gave her an extra N5,000.

She said that she sold the human skull to the male suspect in February but was arrested in May despite warning him not to involve her in any form of trouble.

Similarly, the male suspect, also a heavy duty operator, had been arrested by the police.

He, narrating his roles, said that he was asked by a herbalist whom he had met to get a human skull for sacrifice to enable him to be more prosperous in his business.

However, the herbalist who had also been arrested, said that the male suspect approached him that he needed a soap and he advised him to get a human skull for him to get the ritual done.

The 42-year-old herbalist said that the male suspect came to him with a human skull two months after which he used for the ritual.

Meanwhile, the Commissioner of Police in Edo, Abutu Yaro, was quoted to have assured the people of the state that the command would not allow criminal elements to take over the state.

He was further quoted as saying that the command would do everything in its power to protect the lives and property of the residents of the state.

We have recently deactivated our website’s comment provider in favour of other channels of distribution and commentary. We encourage you to join the conversation on our stories via our Facebook, Twitter and other social media pages.